The Class C South Atlantic League of 1909 started and ended with eight teams. One of them, the Charleston Seagulls, had difficulty around mid-season and the franchise and team were transferred to Knoxville in early July. Presently the Knoxville team is referred to as the Appalachians, some newspaper writers of the times called the new team the Orphans, and at times the Pioneers. 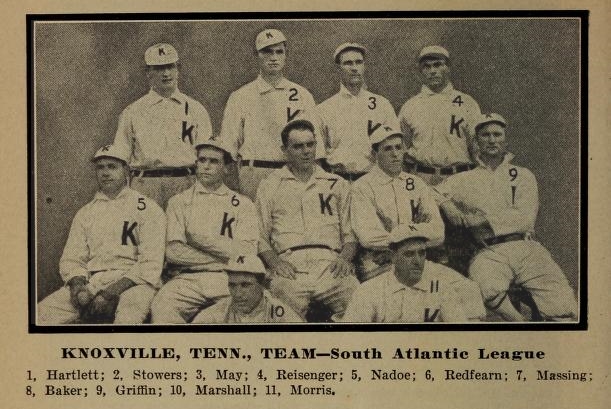 1909 Knoxville Team, members of the South Atlantic League.
Image from The Reach Official American League Base Ball Guide for 1910.
.