The Class D 1910 Southeastern League was comprised of six teams, three from Tennessee, and one each from North Carolina, Georgia, and Alabama. The league was scheduled to started play on June 5, 1910 and to end play on September 10. 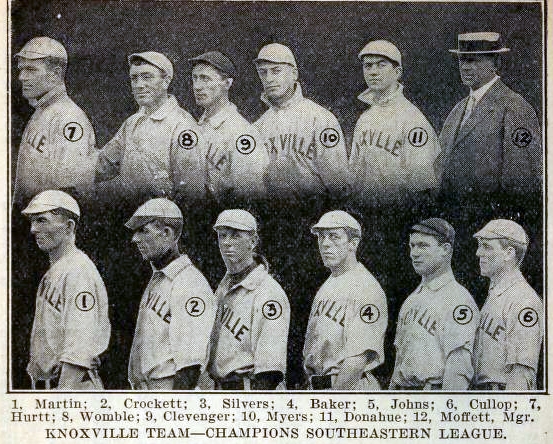 I have not been able to locate any published stats for this league.

I have cobbled together a list of players and staff from photo captions and newspaper accounts.