The Negro Southern League of 1920 was formed in early March. During the months of April through September the Giants played a variety of NSL and non-NSL teams. For the Knoxville Giants the season started on Wed, April 28, 1920, against the Nashville White Sox, with a three game series in Nashville, which the Giants took, two games to one. The Giants's season ended on Sat, Sept. 11, 1920, in a three game series against the Atlanta Cubs (Black Crackers). The Giants dropped that series, losing two games and winning one.

These figures do not include the "Negro League World Series" played against Rube Foster's Chicago American Giants in late September and early October. In that five game series the Knoxville Giants went 0-5 (.000 winning percentage).

The number of games may not be fully complete, as some newspaper reports are vague and research is ongoing.

Teams of the 1920 Negro Southern League

The teams in the league were (external link to BBRef): 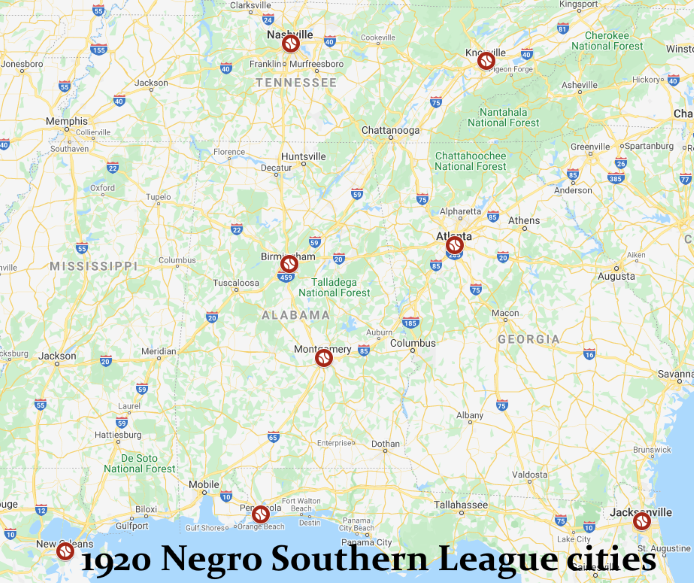 NSL Standings in the newspapers